I have continued painting in preparation for Apocalypticon in April. I finished painting a Gravis Pattern Heavy Bolter. This along with the 5 others already painted will be added as heavy weapons teams to an infantry squad. This gave me extra riflemen that I added to existing painted clambers to make 3 more special weapons squads. I also completed a squad of ratlings so I now have two full squads of 10. The ratlings and heavy bolter still need basing and washing but other than that they are tabletop ready.
I am currently working on rough riders and expect them to be done at the end of the week. After that it is onto Ogryns. 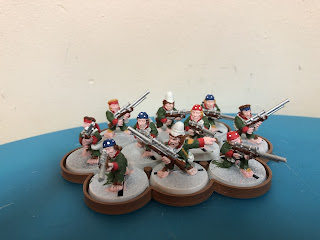 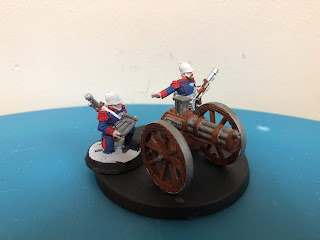 Posted by Honey Beeginnings at 10:50 PM